Expanding the Roles of Nurses in Primary Health Care 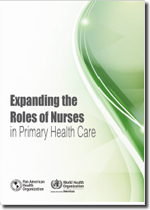 Abstract: For more than forty years Primary Health Care (PHC) has been recognized as the cornerstone of an effective and responsive health system. The Alma-Ata Declaration of 1978 reaffirmed the right to the highest attainable level of health, with equity, solidarity and the right to health as its core values. 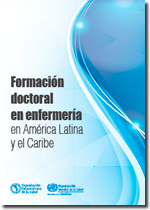 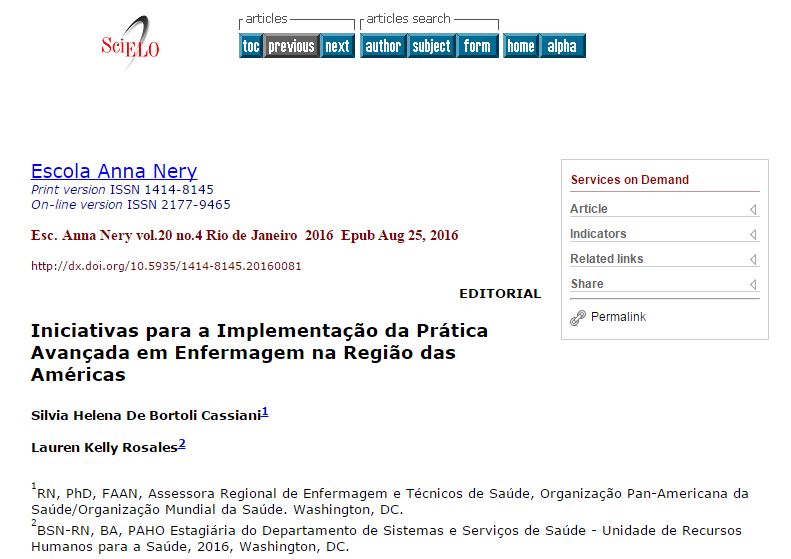 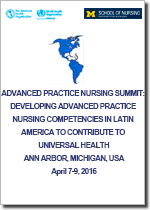 Resumen: Contains the memory of the "Advanced Practice Nursing Summit: Developing Advanced Practice Nursing Competencies in Latin America to Contribute to Universal Health", held in USA on 7-9 April 2016. This meeting, sponsored by PAHO with support from the PAHO/WHO Collaborating Center in Nursing and Midwifery at the University of Michigan, was a follow-up to the first PAHO Advanced Practice Nursing Summit 2016 4 summit held at McMaster University and builds on discussions and priorities set during the first summit. The objectives included: (i) To examine the core competencies for the APN role in the PHC in the U.S., Canada, and International Standards. (ii) To identify the resources and strategies needed for universities to prepare the APN to have a role in PHC in Latin America and the Caribbean. (iii) To identify core curriculum development for APN education in Latin America.